Oh, I'm so digging this. A single track of astral, instrumental, ambient black metal, Look at the Moon... is a total trance inducer. The guitar is surprisingly abrasive for such an ambient piece, but the faux saw wave feedback sound actually works perfectly as a counter point to the rest of the music. If you're at all into progressive black metal, drone metal, post metal, etc, you wanna check this out. 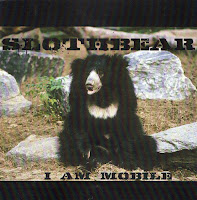 This split album starts off with 24 tracks from Bear Trap, with all of which but four clocking in at under a minute. Basically, they sound like the bastard child of a power violence band and a free jazz act; it'd be filed under noisecore, but there's just something about it that I cant get into. Sloth rounds things out with three tracks of their harsh-noise-with-a-sax schtick. This is a rough one because both bands are good at what they do, but the type of music they play here just isn't my deal.

Lurking in the piney woods behind the Lane Bryant outlet store is Conroe's grimmest one-man dsbm act, Count Shannäth. It's hard to be kvlt in the suburbs of Houston, but damn if he isn't trying. Anyhow, the ep opens up with “Autumn Haze”, a solid track of depressive black metal with a heavy shoe-gaze aspect. The vocals were a little overly dramatic, but otherwise it's ok. Up next is a track titled “Unreleased”, which should have stayed that way. The mix is bad, with a ridiculous amount of feedback and the thing is just a general damn mess. I'll probably check out some other stuff from the Count, but I can't recommend this particular release. 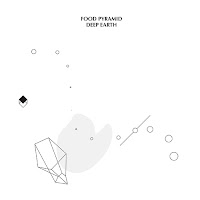 Niiiice, I didn't know anyone still dropped 45s; gotta love busting out the yellow snake spindle adapter for that big hole. Food Pyramid lets loose with some outer space beats and electronics. Deep Earth rounds things out with atmospheric synth and funky bass lines. And, both these burners clock in at over 5 minutes. So fuckin' rad, go get it already.

You definitely need an appreciation for outsider music and weirdo pop to get into this little album here. Life on Earth... consists of nine short pieces that vary wildly in style, jumping from indie electronic compositions to cornball, lounge-y jams with out missing a beat. Excluding a few acoustic, folksy tracks, the music is driven by old, analog keyboards. It's cool stuff, but not everyone's going to be able to enjoy it. 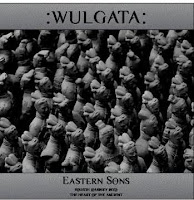 :Wulgata: - Eastern Sons: Fourth Journey Into the Heart of the Ancient cd-r

Playing dark ambient infused with the folk music of southeastern and far eastern Asia, :Wulgata: has released an impressive album with Eastern Sons. I was a little skeptical when I snagged a copy of this, afraid it would be nothing more than synthesizers and poorly played zhonghu, but this fear proved to be unfounded. The music is both skillfully composed and well played. There's the slightest industrial influence on the album that gives the songs an edge. Recommended.

Invisible Eye Productions
Posted by Geräuschkrieg! at 9:01 AM