A collaboration between two of the underground's more prolific musicians, Brazil's Kavara (Satanic Forest, Northern Forest, Láppide, etc, etc) and Germany's F (Svartalvs, Todessucht, Black Werewolf, etc, etc), Epocha Tristèsse pumps out some raw, depressive black metal. It's good stuff; a little slower than I was expecting, but it works out well. Hopefully this isn't a one time deal, as the single eight minute track on here isn't enough to satisfy my eardrums. 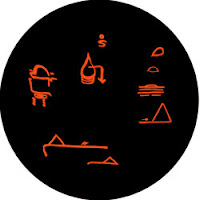 Distorted strings, chirpy electronics, flanged ambiance, and the occasional disembodied voice is what you can expect to find on this one sided 10 inch ep. It's a weirdo release, but damn if Flower Man doesn't manage to pull it off and leave you wanting more. There's a playful, lighthearted nature about the unconventional sounds on Inversion Fortuite, too. Recommended for those of you looking for something a little eccentric, but accessible.

Ralph White is an impressive musician. He plays the banjo, accordion, and is a fiddler too. Unfortunately, what he's not as skilled at is song writing. The tracks on The Hanged Man seem to ramble and meander aimlessly to the point of annoyance. Further irritating is White's nasal, yodel-y vocal style, which misses the mark throughout the album. With as much as I've been getting into americana and folk, I was excited about getting my hands on this slab of 'acid bluegrass', but instead find myself sorely disappointed. I've come to appreciate this a little more with each listening, but not enough for me to recommend it. 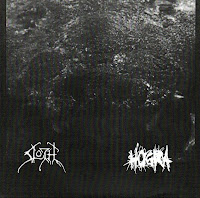 If I were still into noise, I'd probably be going apeshit over this ep. Sloth starts things off with a totally chaotic slab of harsh sound, that includes a frenzied sax. Hogra rounds the release out with two tracks of static pulsations, noise, and visceral growling. Worth checking out if you're into sonic dissonance.

While unable to usurp Necrosadik's title of “shittiest sounding band ever”, Strings of Distorted Doom is definitely churning out some terrible, terrible music. A two man, black-noise-metal-whatever group, three of the four tracks are train wrecks that consist of vocal and guitar racket. The last track switches things up with a marginally listenable track of dark ambient. There is no reason for you to own this. 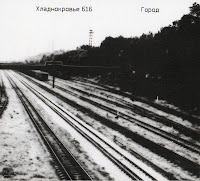 This is fucking massive; four tracks split over two cds that clock in at over an hour a piece. The basic element of Xladnokrovie 616's sound is quiet, rumbling soundscapes that are overlaid with minimalist instrumental drones and rhythmic field recordings. While, at first, I found myself enjoying Gorod, I quickly began to find the music boring and monotonous. There's definitely a progression in the sound over the four tracks, but it's rather minuscule. I can't help but feel like this was a single track about 25 minutes longs, that was stretched out to fill up two hours. The only audience I can see enjoying this are the most fanatic drone enthusiasts.

A Beard of Snails Records
Posted by Geräuschkrieg! at 10:49 AM