There's some solid psychedelic drone being pumped out here, but the lo-fi recording is just killing me. You just start to get into a piece and then some tape hiss or synth feedback flares up and wrecks it. I get that Endless Time wanted to add a bit of fuzz, make it gritty, but it's just not doing it for me.

This is what I think of when I hear people say 'dark ambient'. Creating a depressive ambiance, Forest Funeral drags you down into utter bleakness. My only, minor complaint with this is the last track, included as a bonus, doesn't quite mesh with the mood set by the earlier pieces. I'm definitely going to be checking out more of Forest Funeral's work. 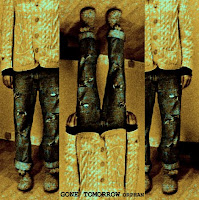 Orphan's sound has evolved noticeably since I Don't Have A Home. Aside from the increased presence of vocals and percussion, Orphan has drifted away from drone and toward ambient and dreamy pop, with some tracks having a rough, industrial edge. That description really doesn't give the the music on Gone Tomorrow justice, so how about this; it's damn good and you should hunt down a copy. 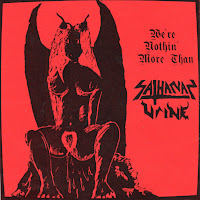 Honestly, I don't know what the fuck to make of this. Total lo-fi, harsh, black metal chaos with this weird rock n' roll undertone; it's all over the place. Oh, and each song is around 10 minutes or more. Maybe the closest comparison I can think up is Vondur? Happy Flowers playing black metal? Who the fuck knows.

Up first is Yana with some top notch audio collage work. Found sounds get blended with some synth howling to create an nicely layered work. On the flip MBB starts out with a lone horn improving, then some low key electronics join in and things get dreamy real fast. Somewhere along the line that horn fades away and things become very minimalist; just a hint of that synth accompanied by a foreboding scraping sound. Why u no have this?

Felt Cat Records
Posted by Geräuschkrieg! at 1:54 PM No comments:

Battleship serves up a tasty little selection of rhythmic, trance inducing experimental stuff here. As you're loading that awesome wizard-shaped bong, make sure you've got Neon Ranch ready in the cassette deck. Sweet.

You remember how at the end of Bill and Ted's Bogus Journey, they traveled into the future to learn to play their instruments and then their future, skilled selves return to rock out? Well, not even that sort of temporal paradox could help out Heart Heart Julia. It's a whole mess of improve racket that's just taking a shit on you for having listened to it. On the flip is T rust, who play some minimalist, lo-fi psychedelic music. Rad jams, too bad they share this tape with musical fail. 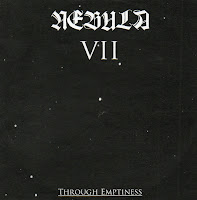 An ep of harsh drone constructed from digital reverb, Through Emptiness starts out somewhat interesting, but quickly becomes stale and repetitive. This isn't “minimalist” or “a-tonal”, it's just 16 minutes of rumbling noise. Over and over and over again... 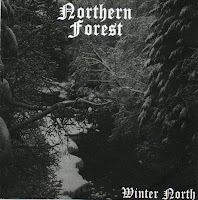 Things start off sounding like new age music for Satanists. For twenty minutes, Northern Forest goes overboard with cheesy music sequencers and synths. Really? I was dreading the release's other track, but was pleasantly surprised by a piece that blended low key synth with nature recordings. Kinda missed the 'black ambient' mark, but the last track shows potential.

So, here's the thing: when you look at Haze in the light of it being an entirely improvised album of black metal, it's kinda impressive. But, when approached as just a black metal album, it leaves something to be desired. The screams, blast beats, and harsh guitars lack cohesiveness...because it was all just improvised, duh. I found the lack of structure and lo-fi recording technique on Haze to be a deal breaker, but if you like your black metal raw and chaotic, definitely check it out.

Hair On My Food Tapes
Posted by Geräuschkrieg! at 3:58 PM 1 comment: