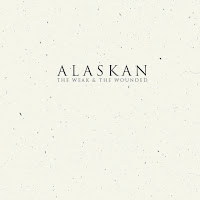 Originally released two years ago on cassette, The Weak & The Wounded is once again seeing the light of day, this time on wax. If you've heard the Split 12" with Co-Pilot you'll be able to tell right away this is an earlier release. The sludgy ambiance on that ep is noticeably absent here, with Alaskan playing a far more generic style of post-metal. The vocals also sound off, like they would be more suited for a hardcore band. I suspect if I had heard this before their more recent work, I'd be more favorable toward it. The Weak & The Wounded isn't a bad album, by any means, just that I prefer the sound the band has evolved into.

I can't believe I'm only now discovering Kösmonaut. A one-man, electronic krautrock unit from my home state of Texas, I should have been all over this from day one. Better late than never. Anyhow, saying that Kösmonaut is “krautrock” is a little bit of an oversimplification. There's a lot of stuff going on in Emanations, solid undertones of drone, psych, and industrial, so you can't pigeon-hole the sound. There are even tracks like "Triad," which has a mutant italo disco, 80's club vibe to it. Emanations is an all around rad album, that pushes the boundaries of what you think of as kosmische musik.

Combining minimalistic bass, chiptune percussion, and electronic sounds, I'm digging what Mark Bradley's served up on this little tape. Starting off stark and simplistic, Radiant's sound grows and evolves with each track, becoming a new beast entirely by the end. If you're into unusual electronic compositions as much as I am, you're gonna want to snag a copy of this while you still can. 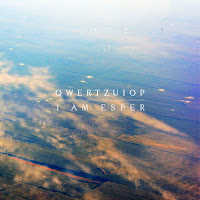 Rad album right here that's both a split and a collaboration. Qewertzuiop kicks things off with a track of interesting neo-classical stuff, followed by a track of simmering, ethereal ambient. As a transition between the artists, the two worked together on a song, creating a stunning composition that blends the best of both bands. Seriously, it's pretty damn amazing. i AM esper rounds the cd out with two pieces of stellar, hypnotic guitar drone. Highly recommended.

Aside from a few Henry Rollins and Jello Biafra tapes I owned in middle school, I've never really listened to spoken word stuff. And, while I might not be a connoisseur of the genre, I can tell you what I do like and what I don't like. This falls into the latter category. As if the rambling, pointless, slice-of-life material wasn't enough, Sam Pink's monotonous tone and choppy speaking pace make i never liked my dad an incredibly frustrating listen. Sorry, no thanks.


Tent Revivalist Tapes
Posted by Geräuschkrieg! at 4:05 PM No comments: