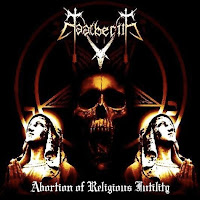 Playing a more technical style of black metal than their contemporaries, along with incorporating a thrash undertone, Baalberith produces some truly kult music. Instead of following a straight ahead, by-the-numbers, sound formula on Abortion of Religious Futility, each song's style is slightly different from the others, the proportion of technicality or trashicality in relation to what each track requires. This can be a risky move and totally wreck an album by not giving it a sense of cohesiveness, but that's not an issue here. Recommended.

Rumbling soundscapes that manage to be loud with out being harsh, Quasar takes you for a ride on waves of pure audio goodness. Sit back and relax my friend, let Cornucopia do the work. Yea... 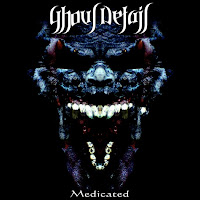 This is some exceedingly sinister drone right here. Ghoul Detail uses the sound of industrial machinery to create rhythmic percussion which is mixed with densely structured loops, crating a baleful, ominous atmosphere. My only point of contention was the track Septic Specter, which employed some electronic drums that sounded more fit for a drum and bass song. This complaint aside, Medicated is just what the doctor has prescribed if you've grown weary of spacey, synthed out drone and ambient.

Garage pop with heavy dose of americana and blue grass, The Return of Hotel Double Tragedy is a goofy album, but in a good way. I suspect a lot of people wont even bother to give this a chance because it's outside their usual musical stomping ground, but it's some impressive lo-fi pop music. Take a chance.

Spooky Town
Posted by Geräuschkrieg! at 1:35 PM No comments: 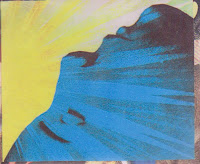 Things start off with a track that mixes looped Indian chanting, fuzzed out 808 beats, and some electronic organs. Hmmm...ok. This is followed by a distorted, rhythmic piece that would be somewhat hypnotic, if not for the massive amounts of jangly static. After listening to this ep, you just can't help but wonder what was the point of recording it. 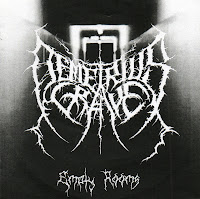 For those of you worried that the genre of black metal is becoming stagnant, there is Demetrius Grave: a lo-fi black metal, industrial, techno, classical clusterfuck. The individual bits and pieces actually kind of sound alright, but when mashed together, this shit is a train wreck. You try and listen to an hour of this and not get a massive headache.

This is pretty much the soundtrack to you dropping a ton of blotters and having the sweetest trip ever. Great Society Mind Destroyers is pumping out some epically heavy psychedelic music and there's no excuse for you not to have this. It's wahwah peddles and fuzz everywhere. Recommended. 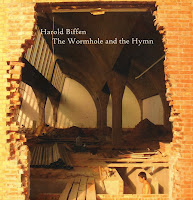 Harold Biffen – The Wormhole and the Hymn cd

Initially, I wasn't terribly impressed by The Wormhole and the Hymn, but with each listening I've come to appreciate this album more and more. For collection of guitar tracks that are lacking any sort of effects or manipulation, the depth and complexity of what's here is amazing. This isn't the type of music you can have as background music, it demands your full attention. While not the sort of thing that's going to appeal to everyone out there, those of you who dig instrumental compositions and guitars should snag a copy. 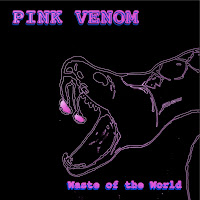 I'm really on the fence about the whole “harsh drone” thing, as most bands just sound like your average hnw band played at a quarter speed, but Pink Venom does it right. Distorted & unsettling guitar driven pieces that leave you feeling just a little on edge; this isn't the sort of thing that will let you space out to. If you like your drone crunchier, Waste of the World is for you. 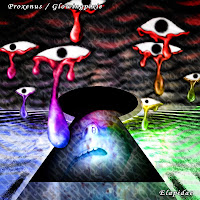 A collaboration of sorts; Glowingpixie has taken a track from Proxenus and 'reinterpreted' it. I was initially skeptical about this concept, but my suspicions proved to be unfounded. A single track of dense, evolving, ambient drone, this is some impressive stuff. I especially enjoyed the infusion of rain and various other organic sounds into the track. Definitely worth checking out and has me interested in both groups solo stuff.

Dark Meadow Recordings
Posted by Geräuschkrieg! at 10:43 AM No comments: