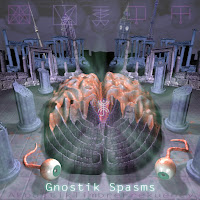 From what I can gather, Gnostic Spasms is a summoning or banishing device of some sort or another, complete with the necessary sigils included in the liner notes. Exactly what supernatural presence is being called up remains unknown, but hopefully it enjoys drone music too. Anyhow, as you may have already guessed, Akoustik Timbre Frekuency plays ritualistic drone with a heavy mystical emphasis. Because of the occult aspect, you might expect this to go the whole spooky supernatural route, but instead it focuses on altering your consciousness and penetrating the subliminal. Even if you're not into the arcane wisdom contained with in, you'll dig this just for the music. 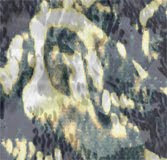 Well, what have we here? Lanugo is cool little collection of laid back, electronic dreamscapes. There's a nice kind of folky, world music vibe running through the album, especially noticeable in the vaguely gamelan percussion. Recommended for your trance-inducing pleasure. 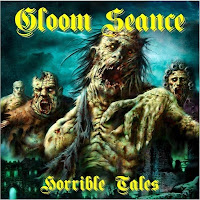 A collection of two earlier released eps and a bonus track, Horrible Tales sounds like the soundtrack to one of those cheesy, zombie apocalypse type video games. Perhaps “horror ambient” just isn't my thing, but it didn't seem like Gloom Seance was capable of establishing any sort of foreboding or scary atmosphere. The bottom line is that you've got eight tracks here that don't manage to establish the desired mood and fall short of being solid cuts of ambient music in their own right. 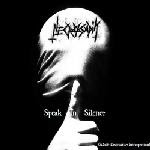 Speak In Silence has to be, easily, one of the worst albums I've ever heard. Necrosadik claims to play depressive black metal, but in reality it's just a dude banging on a guitar and howling like a cat in heat. Try as I might, I haven't even been able to make it all the way through the album. After about 30 minutes, it feels like my ears are getting cancer. I've been putting off reviewing this for a solid month, just because the thought of listening to it again is terrifying. This is so bad it's not even funny.

Opponents kick things off with a side of piercing, rumbling drones overlaid with disembodied voices. Niiice. On the flip side we get more harsh stuff, this time backed with pulsating synths that add an unusual rhythmic element. These dudes have served up some really rad tunes with Scopes Sarcophagus and being that it's a limited release, you better go snag a copy asap.