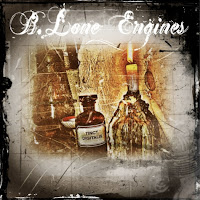 Dark Meadow Recordings has recently been dropping albums from artists that are way out there, and B. Lone Engines is no exception. This has to be one of the more progressive and complicated collection of soundscapes I've heard. First off, there's a highly aggressive aspect to it, with abrasive sine wave formations and droning guitar feedback, sounds one normally doesn't associate with 'soundscape' music. This is not to say B. Lone Engines has a 'harsh' sound to it, as there's an equal amount of subdued, quiet sections. I feel inclined to file this under ambient, but there's such a cornucopia of sounds that it'd be doing the album an injustice. Recommended for those of you who want something that's going to stimulate and challenge your audio palate.

Cool zine here that includes all the staples of a music rag; reviews, interviews, a scene report, a tour diary, etc. The tunes covered inside are mostly punk & garage stuff from Utah, which is kinda off my radar, but there are also some random gems, like the review of an ep of 60's organ groove by the Egyptian Combo. Oh, and there some pretty rad comix too. If you're in Utah, a surrounding state, or dig garage-y punk stuff, MTDS is required reading. 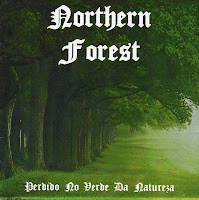 A two track ep, Perdido No Verde Da Natureza, starts off with a 10 minute piece that combines forest sounds, mellow synthesizers, blast beats, and guttural vocals. Definitely an original and unusual sound, but not something that everyone's going to enjoy. The second track is a pleasant, albeit average sounding, dreamy ambient composition. Snag it for the first track, if you're the type who likes genre-bending ambient. 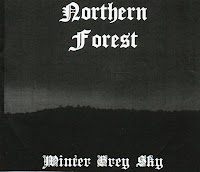 Up next is Winter Grey Sky, which contains a single track of subdued, minimal soundscape. The track is interesting with it's heavy use of bells, which blend well with the synthesizers and desolate field recordings. The atmosphere created by the sound doesn't really synch up with the ep's title, but that's not a huge problem. 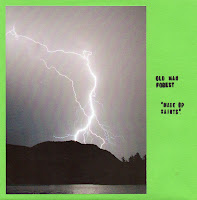 Playing quirky, americana fueled pop, Old Man Forest falls outside of my usual listening rotation, but I'm really digging Maid Up Saints. Tracks run the gauntlet from a cappella southern folk pieces to haunting, dreamy pop songs. Unfortunately, the band seems to have slipped into indefinite hiatus, so there's the strong possibility this is it from them, which is a shame. 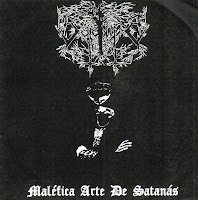 A hurricane of lo-fi, one man, black metal hatred from Brazil, Satanic Forest is here to destroy everything and praise the Horned One. You already know if you dig this kinda stuff or not, and Maléfica Arte De Satanás wont change your opinion one way or the other. It's good for what it is, I only wish their were around five tracks, instead of just the two.

Smell The Stench
Posted by Geräuschkrieg! at 11:41 AM