I snagged a copy of this split 4 way on a whim. Didn't recognize the bands and I'm not particularly an aficionado of the genres they play, but I liked the idea of one place's bands vs an others. It ended up that my whim paid off, as this is a fairly enjoyable split. First up on the USA side is Deergear, who play post-hardcore that switches back & forth between frenzied and laid back. Meh, not my deal. Boyfriends follow with some stuff that was pretty rad, but hard to put a label on. Mellow post-rock, maybe? My pick for the USA side. Hey Hachi, from England, start off the Europe side with their brand of spacy indie with some math rock undertones. They're really sparse with the vocals on one track, and the other was entirely instrumental, which I liked. My favorite for both the Europe side and the tape. Finally, there's Lost in Bazaar from Turkey, who I was mixed on. The first track is some straight up lame screamo bullshit, but the 2nd track sounded more like powerviolence with experimental breakdowns, which I enjoyed. Overall, I liked the tape, even if it's not the style of stuff I normally listen too.

This is what it's about; a good old paper zine covering the world of powerviolence, noise, grind, experimental, and the like. In this issue there's a handful of detailed album reviews, a couple of interviews with noisemakers, and some literary odds & ends. Especially cool is that Stapesaw taps into a lot of UK acts that many of us in America and other parts might be overlooking. This issue appears to be sold out, but keep an eye in the next month or so for issue #2.

How have these dudes been around since 2004 and I'm just now finding out about them? So, this a collection of Switchblade Cheetah's 'softer' songs and they tear ass thru such a diverse mix of sounds that it's unbelievable. I can't wait to get their other albums to hear the harder stuff. I'm not even going to try and peg Switchblade Cheetah's sound, aside from “fucking awesome”. Due to the ridiculously limited nature of this release, you might not be able to snag a copy, but that shouldn't stop you from checking out something else from their discography. FUCKING DO IT. 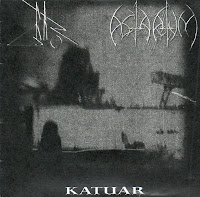 A re-release of a re-release of the original Katuar, there's a plethora of bonus tracks from different periods in each band's existence and it sounds more like a four way split. For the initial three tracks, uRAn 0 plays noisy, electronic, industrial stuff before switching over to black metal with ambient overtones. Astarium follows with a few tracks of orchestral black metal and then concludes the album with a techno-baroque, harsh black metal piece. It's not that the music is shitty or anything, it's just a little confusing to hear both bands suddenly change their style. If you're a connoisseur of more eclectic black metal, you should definitely check this out. If you're taste is elite & kvlt only, pass it up. 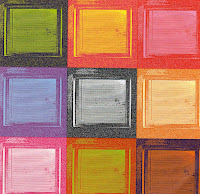 You've gotta dig a comp like this, with a little bit of something for everyone. The bands showcased on here cover just about the entire spectrum of underground genres, from weird jazz to fastcore to spacey electronic stuff. My personal favorites included the ambient work of -x, a haunting, bell driven piece by Ira Rat, tech grind from xNERDS÷, and the sax & piano blues/white noise mashup from Velma and the Happy Campers. Like I said, whatever you're into, there will be something here for you; plus their might be some new stuff you'll get into.

A single track from each of these bands, Wether kicks off the tape by filling their side with contact mics and electronic sounds. It took me a while to get into them, as they're a little harsher and chaotic than what I usually enjoy, but by the end of their side I'd gained an appreciation for some of their more rhythmic aspects. On the flip is Unicorn and they blew me away. It's a tidal wave of samples, synths, and sounds galore, all layered together forming an impossible and amazing composure. Worth checking out for Unicorn side alone, although Wether's track isn't without it's charms.