These dudes are pumping out some epically dark, gritty stuff here. Mixing ritualistic drone and black metal, Black Roller Crop Rotation is the soundtrack to a dying world. Why don't you have this already?

This is just one huge mess. From what I can piece together from the fucked up j-card, KZ9 blast through a couple of sick noisecore tracks before dissolving into lame audio cut ups. It makes me wonder if this is a recycled tape and that last part is from what was on the tape previously. On top of that the insert claims KZ9 have tracks on BOTH the A & B side. THBNGE, or at least what I think might be them, do some completely uninspired vocal-only noisecore, then audio cut ups, then more pointless vocal stuff, then harsh noise, and so on. Fuck this. 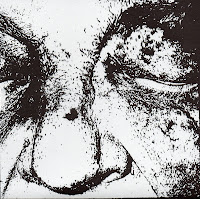 Are we in the 2nd or 3rd wave of powerviolence? Anyhow, Sea Of Shit is my pick for winner on this split, as there's some grind and sludge elements mixed in. Socially Retarded have a by the numbers powerviolence sound, but play it well. If you dig the scene, check it. 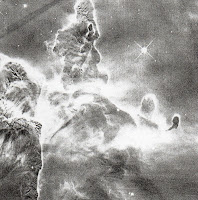 Slowly, Empty will begin to drift into the background. The industrial drone will provide a mechanized soundtrack to whatever you're doing for about 20 minutes. And, then it happens; loud, abrasive percussion. Suddenly you're aware you'd put music on and were listening to it before you let it fade into atmospheric sound. But then that ambiance flares up and just as you're about to space out again, there are those jarring drums. The next time you listen to Empty, you'll make it a point to give the album your full attention and some questions will arise. Is this album a critique of drone, dark ambient, & soundscape music? Is this just a drone album with some awkwardly placed drums? Are you completely over analyzing this and seeing things that aren't there? Honestly, I don't know, but I sure will be keeping an eye on Sy.nT.

The Men From...BEYOND! - The baddest one-chick hit squad that ever rolled into town! c13

Yeah! What we've got here is a sweet one-man garage band by Devin of Felt Cat Records. There's a little bit of a surf influence and a love of 70's exploitation films. Limited to 25, so you best get on it, jive turkey.

Thunder Bunny play that style of dreamy, semi-psychedelic pop which is so popular with the kids these days, but with a little lo-fi edge to it. This particular release is actually a combination of two EPs, ...there is a gate and The Other Children of This Quickly Passing Winter which have a noticeable difference in sound. The gate side is far more psychedelic and raw, while the Other Children sound is far more pop oriented. Enjoyable enough if it's what you dig. I certainly liked it well enuff.

Raise the chalice to you lips and drink deeply from it's unholy mixture of Tussionex and Peach flavored Mad Dog. Now, steady your quivering hand and initiate the “play” function on your cassette device, releasing Totem Mold Growth upon the audio spectrum. YES! As the waves of rumbling noise battle against a humming synthesizer, you begin to comprehend the full magnitude of what is taking place. And, this is only the A side; what follows is a glimpse into madness itself. HA HA HA! And in a mere 20 minutes, the ritual is complete...