This is a real gem. Minimalistic drone with ghostly female vocals, it's hard to believe Erasers is just two kids from down-under recording in their bedroom. Despite being titled “Summer,” the songs invoke an atmosphere more suited to autumn or winter. Can't wait till these guys pound out a full length.

It's been a while since I've really listened to any noise...Like, the better part of a decade. Having grown bored with noise & power electronics some years ago, it's hard to be objective when reviewing a release like this. Things start off harsh, with a fair share of squeals, shrieks, and electric sounds. Then we get an interesting cut up of noise and Japanese music from the 30s. Rounding things up is another track of harsh, digitally generated sound, this time with some rhythmic elements. I've got to say, this was more enjoyable than I expected. ILP pumping out some respectable stuff here. Too bad this wasn't around when I was still into the scene. 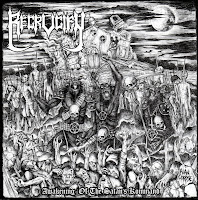 This is pretty much an audio time machine to Brazil's underground metal scene circa 1987. That's cool and all, but why not just go listen to an original like Mutilator instead? Peru's Recrucify are decent enough, but this has been done before and more skillfully. I suspect this is one of those bands that you'll only really get into if you're local or a fiend for the style they play.

A rather unimpressive release here. Suburban Howl starts the tape off with a single track that fluctuates between noise and drone. It has it's moments, but based on what else I've heard from the band, I expected better. Songs about Pandas fills up the flip with two tracks, the first being howling electronic noise and the 2nd noise rock, think godheadSilo-lite. I actually really dug that 2nd track from SaP, but not enough to say that this is worth checking out. 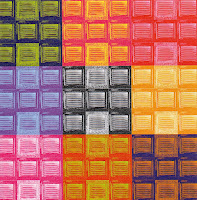 The second installation of Workerbee Record's no comp, there's still a good mix of musical styles here, but with a disproportionate amount of experimental acts. Stand outs included You Suck, Mustard Tiger, Apes Fight Back and John Praw. At a measly 5 bucks for both volumes, it's really worth snagging a copy.