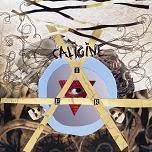 Fusing simplistic guitar melodies, eastern flutes, tribal rhythms, Caligine has crafted an impressive minimalist work with Ter. I know some of you were cringing when you read “eastern” and “tribal,” but not to fear; this isn't “world music” or any such nonsense. I'd actually be quite hard pressed to label Caligine's music, as it fuses a number of different elements together and each of the three tracks on this release has a unique sound. Limited to only 30 copies, jump on this fast, or you're going to have to wait till the fill length lp is released.

From what I can gather, Great Slave Lake's instruments consist of a gurgling miniature fountain, some sort of machine that occasionally makes a metalic “clink,” and a dramatically played Casio. Now, someone could easily bullshit you and argue that Great Slave Lake is creating a composition of contrasting man-made sound. On one end of the spectrum is the acoustic environment, sound that is an unintentional byproduct of our creations, and on the other is music, art constructed in the medium of sound. This soundscape causes the listener to consider the relationship between environmental noise and musical sound. I, however, contend that Great Slave Lake is a bunch of bored Canuck kids fucking around with a 2nd hand synthesizer and whatever else they could round up to make some noise. If they put a little more effort into it, they might have been able to get away with passing this off as legitimate post-modern sound whatever. 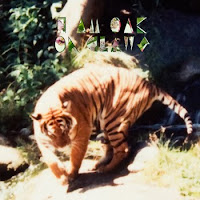 As I've started several times in earlier posts, I'm quite removed from the world of indie and folksy pop music. It's not that I actively dislike the genre, it's just that it's not my deal, you know? That said, when I heard I Am Oak's track on Ukulele Mekulele, Wekulele, I was blown away and knew this was a band I had to check out. Luckily they'd just released a new album in May and after several weeks of waiting, On Claws arrived to me from the Netherlands. A collection of 14 low-key pop songs, with a healthy dose of folksy Appalachian banjo, On Claws is outstanding. There's an undertone of sadness and loss on the album, but it doesn't leave you feeling depressed, just relaxed and calm. Easily one of the best releases of the year. 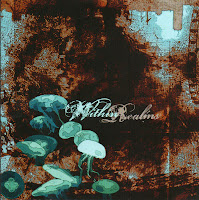 I hate the term “post-metal,” as it inevitably conjures up images of hipsters at a Baroness concert, but that's the tag that best fits the sound on the split. Up first are Moose with three tracks that mix atmospheric breakdowns with technical brutality. Niiice. Wildfires follows up with four tracks of heaviness that has a noticeable influence from late 90's hardcore. Rad stuff all around, but I suspect with many people's aversion to any bands that fall into this genre, this may go overlooked. Your loss, as both the bands dispel the “post metal = hipster metal” line of thought.

Posted by Geräuschkrieg! at 6:50 PM