Bloody Ridge Rum Runners appears to consist of one core member, Slugg, who occasionally plays with a full band ensemble. Side A, High Plains Drifter, is 9 tracks of solo guitar, banjo, and harmonica americana. It was enjoyable enough, but by the side's end the music was feeling a tad repetitive and I was getting annoyed with the nasally vocals. On the flip, Live from the Lion's Den, we're treated to a live session with the full band. The tracks here have a much more rustic and rambling feel to them, which I was digging. If you're into American folk music, consider scoping this one out.

Had I not been intrigued by the name “Crabskull”, I'd have never snagged a copy of Jovian Black Opera. Tagged as “dark hop” and “rough edged D’n’B,” I figured I'd hate this and use it as an example of why you shouldn't do stupid things like buying an album based solely on the band's goofy ass name; but surprise, surprise, I'm really digging what's on here. Distorted, slow beats overlaid with crackling synths, ghostly vocal loops, and even occasional horns, this is one of the more eclectic releases I've had the pleasure of hearing. While the beats are definitely rooted in drum and bass there's too much going on here to file this under techno or one of it's sub-generas. It's outside my musical comfort zone, but I'm digging Jovian Black Opera.

I was expecting this to be another generic grim black metal act, but was psyched when it turned out Harassor's all about that retro black/death sound. Very primal, especially the guttural, hateful vocals. Even if you're not really big into this style of metal, I say check out Hater of Man, it might just change your mind.

i AM esper – Swept Beneath The Black Waters c90

Originally dropped in the summer of '11, this album has been rereleased by different labels no more than three times, which is testament to the quality of the music contained here. If you've been paying attention to my past few reviews of i AM esper's work, you've read about a shift in sound and imagery. Well, Swept Beneath The Black Waters is that missing link; the transitional piece documenting the shift from one incarnation of the project to another. Driven by guitar, the tracks vary from distant, minimalistic ambient to jarring drone. Excellent for the music in and of itself, the album is doubly important because it documents the metamorphosis of i AM esper. 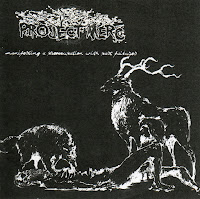 Project Merc – Manifesting a Preoccupation With Past Failures cd-r

Perhaps a more accurate name for this group would be 'Project Meh'. Mixing harsh drones, doomy bass segments, and crunchy electronic sounds, this demo has it's moments, but never really comes to fruition. Maybe with time Project Merc will realize it's potential and craft something of a higher sonic quality. But, for now, no thanks. 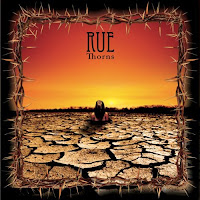 Where to begin with this train wreck? How about Rue's general watered down, over produced “sludge” sound that's got way too much hardcore and radio friendly rock n roll undertones? Actually, that's not even what's so bad. Lets go with the shitty vocals. Like 12 tracks of MONOTONE SHOUT GROWLS alternating with off key, spoken, sing-songy shit. And, since when do you want crystal clear production on a sludge album? Where's the grit and the fuzz? I want to get a refund for the time I wasted listening to this...

Another solid ep of instrumental, surfy garage rock from this one-man outfit. The four tracks here are more technical and confident sounding than earlier releases. Oh, and the song intro from Cutting Class? Icing on the cake. Super limited, so go get it while you can.

Total freakin mind melter right here. Wild space synth drones all jumbled up with 16-bit symphonies and plodding electronic percussion. There's kind of an 'astral planes' vibe going on, but not in the cornball, new age sense. Just like, it's out there dude, you know? You should get a copy so you can ride that celestial wave too...