Paper Light is shimmering, ambient bliss filled with electronic loops, disembodied vocals, and muted percussion. It's got that hypnotic vibe you know and love. My one objection; despite being an aficionado of cassettes and everything lo-fi, I'd like to hear this in high fidelity on wax or even *gasp* cd. There's a slight fuzz that just doesn't do Archers By The Sea justice. Even so, a rad little gem here. Turn on, turn up, tune out.

You know that episode of Scooby-Doo where the crooked real estate agent dresses up like a ghost and plays spooky music, so he can scare off potential buyers by making them think the mansion is haunted, thus allowing him to eventually buy the place super cheap? Well, Chapels sounds like the music he'd be playing. Where are those meddling kids to stop this? Needless to say, I was dreading the Sound Out Light side, but it's a total 180. A really intense, well done synth piece that leaves you with a bad case of the creeps. I have a hard time with splits like this, because you should totally get it for the SOL side, but you shouldn't get it 'cause of the Chapels side, you know? 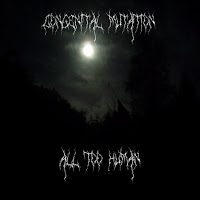 Congenital Mutation – All Too Human cd

The first time I listened to All Too Human, I did it in an offhanded manner and the magnitude of it didn't really register with me. A solid black/death album and that was about all I thought. However, with each subsequent listen I've come to appreciate Congenital Mutation more and more. This isn't simply a blackened death band, but an intricate blending of technical black and melodic death metal. The results are spectacular. I'm sure a cross section of black and death fans will dismiss this, claiming Congenital Mutation is, respectively, not “kvlt” or “brootal” enough; foolishly leaving this for those of us with more refined and progressive tastes to appreciate. 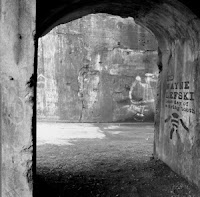 I'm one of those people that draws conclusions about a band based soley on their name, so I was completely surprised by the gargantuan slab of drone contained here. I'm not sure what I was expecting, but something maybe a little more...uh, serial killer-y? C'mon, you tell me that “Ed Wayne Lefski” doesn't sound like the name of a guy with bodies in the crawlspace. Seriously though, this is some epic stuff here. A single piece of drone clocking in at over an hour, devoid of loops or rhythmic aspects, it's a beast. The track's intensity ebbs and flows and by the end you're left in a state of exhaustion. As this is limited to 50 copies, I'd suggest you get on it.

A trio composed of guitar, synthesizer, and drums, Lighted has unleashed some impressive psychedelic, krautrock stuff with Queendom. The four tracks are forceful and driven; there are no meandering ragas or free-form exploration here, just focused heavy tunes. The interplay between the three instruments is complex and ambitious, i.e. something better appreciated by listening to than reading about. Fucking get this already. 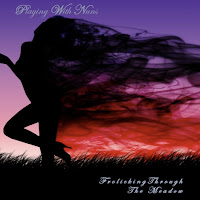 Playing With Nuns – Frolicking Through The Meadow cd

Employing an intricate loop structure of electronic and natural sounds, Playing With Nuns has created a dense and highly textured set of soundscapes here. While the drone and ambient aspects of Frolicking Through The Meadow are quite obvious, they aren't pronounced enough to place this release into either genre. Rather, it falls into the encompassing label of 'experimental'; rhythmic, hypnotic, experimental music. The first half of the album has a rather menacing tone about it, while the second half is all about being soothing and calm. Really worth checking out.