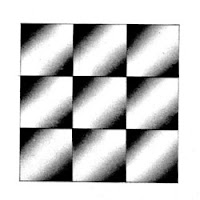 Containing two synthed out, neu-no-wave, slow burners, this is one fucking nice slab of wax. The reverb is cranked up on the mic and drums, which works beautifully with the meandering synth. There's a whole futuristic, sci-fi feeling to the music that you just gotta dig. Worth scoping out if you want something off the beaten track.

Fractal Skulls fill out the A side with two tracks of laid back, psychedelic ambient. I especially like the one track with the organ in it. On the B we get a monstrous slab of minimalist drone and a short, beat driven electronic piece. A decent mix of sounds here, but aimed toward those who like their ambient music based around a percussive rhythm.

While not my usual fare, I'm digging Lust For Youth. A mixture of 80's industrial, grimy synthpop, and darkwave, Solar Flare is surprisingly minimalistic and lofi. Analog keyboards, distorted guitars, mumbled vocals, and simplistic electronic percussion combine to make a gritty, dark sound. There are a few songs where things get a little dancey, but I honestly didn't mind it; which is unusual for me. Solar Flare isn't going to be the thing for everyone, but I ended up enjoying it a lot.

Swamp Horse has produced a rather impressive and disconcerting little release. Winter Ghost kicks off with pulses of static-driven noise and sawtooth waves battling it out over a background of menacing ambient music. On the flip is a blend of nocturnal field recordings, gurgling electronics, and distant chanting. A complex and densely layered piece, it takes a multitude of listens to fully grasp and appreciate what's going on here.

Totally got fooled by the name; popped this in expecting synthy soundscapes and got my eardrums pummeled. Fluctuating between harsh drone and rumbling ambient, Winter Ritual manages to skillfully craft a sinister, mechanized atmosphere with Between Light. It's like, you find an abandoned petrochemical factory, but for some reason the juice is flowing and the machines are still operating. It's creepy as shit, but that's what makes it so cool.