Having some members of Bad Creeps, I'd figured Coyotes In the Room would have a similar sort of sound. NOPE. Uppers & Downers is a collection of 24 short tracks of mellow garage rock with hints of folk and psych. At first I was kind of nonplussed with this, but I think that's 'cause I went in expecting something completely different. The more I've listened to this, the more I'm digging it. Relaxed tunes that won't harsh your buzz. Check it out. 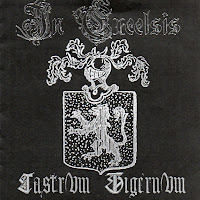 Niiiice. With over an hour of instrumental, medieval, Western European folk music, you know I'm liking Castrum Tigernum. This isn't any corny, Renaissance Fair guy playing a fife type stuff. There's a mysterious feel to In Excelsisis' music and the drumming gives some of the songs an interesting militaristic edge. Rad stuff.

Generally I tend to avoid live releases, but I've been itching to hear some more from Kheta Hotem after their awesome Meri vaahtolaine cd-r. The performance starts off very subdued, with a faint, ominous sounding sax and distant tonbak (or some type of Mideastern hand drum). Stringed instruments and faint vocalizations drift in and out, but the vibe remains quiet and hypnotic throughout the A side. On the flip things take a turn toward chaotic improvisation and free jazz; the wailing sax and throat singing are especially prominent. Definitely worth snagging a copy. 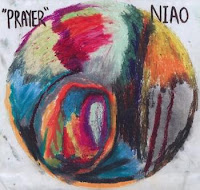 Oh man, I'm totally diggin' everything that Prayer has got going on. Niao's got this psychedelic tribal trance-out thing going that's just incredible. Native American sounding chanting, electric organ groves, and eastern percussion all blend seamlessly to make some rad jams. You're into psych-experimental-world music-whatever? Then yea, you gotta snag a copy of this album.

Playing black metal that manages to be both raw and epic, Vanyar's fucking killing with this demo. There's a slight doom undertone to Reawakened Cultic Practise and it adds a nice complexity to their sound. They also used decent recording techniques, so the tape isn't drenched in hiss and static. Not much more to say about this, aside from go get it. 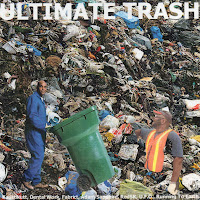 Consisting of seven groups I'm completely unfamiliar with, this comp kicks off with a few tracks of industrial from Kaustikutt. If this was the early 90's, Wax Trax! would be salivating to release a 12' ep of them. Not my scene, but I ended up liking it well enough. Next up up is Dental Work, which has a whole 'μ-Ziq on meth, playing noise' feel, that I'm not really into. Fabrict follows with a few tracks of dark, plodding electronic music. It's ok sounding, but the music doesn't really go anywhere, just kind of aimless beats and sounds. Then there's Adam Sapphire with three tracks of experimental sounds with rambling, spoken accompaniments. Meh. RedSK and Unauthorized Fatal Operation belt out some noise and the cd gets rounded out by the amateurish, playful mathrock of Running To Earth. Not a bad compilation or anything, it's just bands playing styles of music that I'm not particularly keen on.