I'm not 100% sure, but I think Phlegm Rock #1 is an earlier release than Jovian Black Opera. The sound is certainly different between the two. Here there's a much heavier emphasis on trip-hop and the tape feels more like an old dj mix tape than an album. The atmosphere is just as dark as Jovian Black Opera, but with a side of weirdness; lots of samples pertaining to cannibalism, illegal insect meat trade, and so on. Although this isn't really my scene, I found myself enjoying what Crabskull had to offer with Phlegm Rock #1. 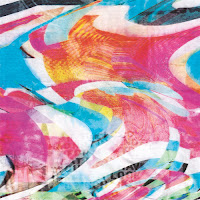 Watch out, we've got a smörgåsbord of sound over here. Food Pyramid's got two full side's of wax and they're not about to let any of it go to waste with repetitive songs. Each tracks got it's own vibe ranging from kraut electronics to acid house to saxes & synths paired up. Mango Surprise is a really awesome release, with an experimental and playful nature. Not the thing for everyone, but if you're into this sort of music, it is a must have. 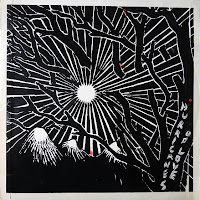 I'm sooooooo digging this split. Invisible Circle kick things off with a few cosmic drone ragas filled with synths, beats, flutes, and chants. On the flip we get a handful of twangy, guitar fueled, psychedelic americana jams from Hurricanes of Love. All around rad stuff from both the groups. I think this is a tour only lp, so if you're on the west coast or in Canada, make sure to catch these guys live and snag a copy. Fuckin' awesome stuff here.

Long, menacing drones mingle with shimmering electronics and distorted, repetitive percussion patterns, making Ungeometric Circuit an engrossing and mesmerizing listen. You want to trance out, but Mohawk Park's continually evolving sound just keeps pulling you back. You into electronic sounds? Then you're gonna be into this. 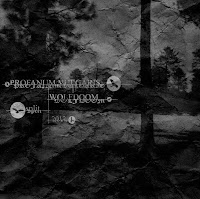 Croatia's Profanum Vulgaris start this ep off with two tracks of depressive, melodic black metal. Both pieces are instrumentals and have the slightest doom undertone. The split gets wrapped up with a single track of raw, hateful black metal from Bosnia and Herzegovina's Wolfdoom. Solid ep from two kvlt black metal bands, so check it out.

The dub job on this cassette is beyond fucked up. Mid song it switches between mono & stereo, the volume fluctuates, there's audio hiss, and so on. Normally this would merely annoy me, but it especially pisses me off here because A) I had to pay to have this shipped over from Deutschland and B) Stardust is fucking great DSBM & the dub quality ruins the tape. Yea, I know right, you wouldn't expect killer black metal from a band with a name like Stardust, but whatever. Anyhow, just 'cause the label fucked up on the album's production doesn't mean you should pass up Stardust; just check out cd version (which is hopefully better produced) of Des Letzten Novembers Trauersang instead.