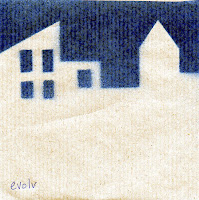 Those on the fence about post-rock will probably be inclined to label Evolv as “nu-gaze” and dismiss it entirely. Playing minimalistic, electronic stuff, it's easy to see how the dreamy sound on Thoughtless Thoughts could be mislabeled as shoegaze. Whatever. It's got a entirely ethereal feel to it; nice change up from some of the heavier stuff I've been listening to. You like post-rock or spacey electronic stuff? Well, then this'd be worth checking out 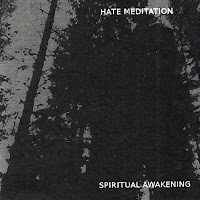 Can someone tell me what is up with all these Finnish black metal bands having vocalists that sound like Donald Duck? Anyhow, whatever musical talent contained on this album is ruined by the idiotic buccal vocals. Shame too, because musically, things are sounding good. But, the quack attack just ruins it.

I imagine this is what it sounds like to be out in the woods one night when you stumble upon a ritual taking place to summon some long forgotten Phoenician deity. It's two tracks of mysterious and slightly foreboding drone that have a certain ceremonial aspect. Must be the skillfully incorporated bells, flutes, and chanting. Highly recommended.

Have you ever wondered what Burzum might sound like if Varg had been Persian and more into harsh drone? Well, your query has been answered: Tizagoth. It's somewhat unfair to pigeonhole Tizagoth as a Burzum clone, but the influence, both musically and ideologically, is obvious. I mean, there's even a cover from Dauði Baldrs. The range of music varies considerably, from minimalistic medieval sounding stuff to droned-out noise, with the majority of the tracks falling more towards the middle of the two. A few of the harsher pieces seemed a little forced, but otherwise I enjoyed Ahriman Corps.